After 10 years using cylindrical cans as pinhole cameras I had the chance to have a studio in Paris for 2 years and I transferred it into a Camera Obscura.
My idea was to create a new reality not by deforming the architecture, objects or human body lines like I did using my camera cans, but being inside the camera itself !!!

During 1992 I lived for 10 months inside the "camera obscura room" and posed objects and/or my own body on the photographic paper while exposing it through a pinhole in the window to the outside world.
The outside and inside "worlds" appear on one surface and create a new reality which does not exist.

In 1993 I used other studios as camera obscura as well as room-space in the "Carnevalet Museum" (the City museum) using their objects and information to create the final image.
All the photos are in negatives images together with photograms. 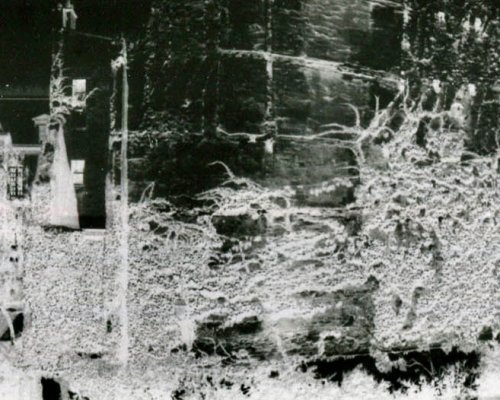